Common Hausa words!!! The hausa commonly used words to learn as a beginner by which the common hausa words are listed when you raed further in the post, but before we proceed to the commonly spoken hausa words let make a slight introduction about hausa language.

Hausa language is among the most dominant language that is being spoken in Sub-saharan Africa and also Africa in general with almost more than five hundred million speakers across the African continent. In this post i will talk about some common hausa words with their examples, for you to be able to increase your hausa vocabulary very well.

As you have already known that every language if you want to learn it and become professional in it you have to have a huge number of vocabulary of the common words of that language so prevoisly i have make a post on  10 MOST COMMON HAUSA WORDS TO LEARN  you can check it also to have some common hausa vocabulary words.

But before that lets us talk a little bit about some common  hausa words which are used as the language words in naming hausa man for example we called him Bahaushe and if we want called a hausa woman we called her Bahaushiya and also among the common words if we want to named a group of hausa people we called them as Hausawa.
So since you have get some idea about Common Hausa  words that is how hausa people called themselves based on their language lets go further to the list of common hausa words. 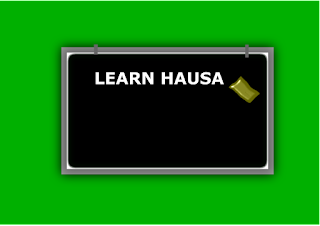 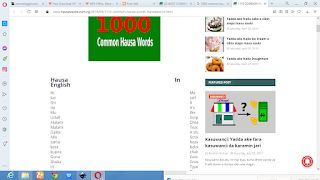 The Meaning and Explanation of the common Hausa words with Examples

As you have seen the list of the words above which i have mentioned including their translation, in this section i will explain them one after the other.

Safiya is a hausa word and it’s meaning in english is morning, that is morning when the night is away and let us make a sentence or make an example  with it. Example Da safe  that is in english language translation means in the morning.

Mace is also among the most common useful hausa words by which its translation in english language means a female as you have seen we have done for male and let us construct a hausa sentence and also translate it in english. Example Shin ke mace ce? in english translation means are you a female?.

The meaning of this hausa word Uwa is mother in english language and the sentence that we will construct with it is. Example Uwa Ta The translation of it in english  is My Mother

Da in hausa language simply means a son and let us also make a sentence with it. Example Da na in english simply means my son.

Ilimi is hausa word which hausa simply means education in English language you can Maka many sentences with it . Example.
Ilimi ya fi which means Education is the best

At this we have come to an end of this post based on the common hausa words and their examples and i wil like to see comment from you if you have a question or sugestion you can kindly write it in the comments section below.

Consider joining our premium tutorials on Whatsapp , just contact this number number or email me on: